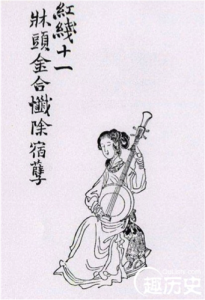 Red Thread was a servant girl in Lord Soft’s household. Among the household staff, she was known for being literate and talented in playing Ruan. Pleased by her talent, Lord Soft, the governor of Mountain East, had her as a personal assistant for record keeping. It was near the end of Tang Dynasty, when the central government was weak and China was on the verge of drifting into a warlord era.

Lord Tough, the governor of a neighboring state Mountain West, had a chronic lung condition. It always flared up during hot weather. He often said, “I would live longer if I moved to Mountain East to enjoy a cooler climate.”  Meanwhile, he began to bolster his army. In particular, 3000 strong men with martial art skills were recruited to form a special unit named “Perimeter Guard”. 300 of them were stationed outside his house each night. All Lord Tough waited for was an auspicious day, predicted by the astrologers, to take over Mountain-East.

Lord Soft caught wind of Lord Tough’s plans and he worried day and night but found no way to fend off the impending conflict. One evening, with only Red Thread attending, he paced in the courtyard with a cane and mumbled to himself.

Red Thread said, “My Lord, for a whole month you have not eaten, you have not slept. Something is weighing on you. Is this about our neighbor?”

Lord Soft said, “These are life and death matters, beyond what you should ask.”

“I am a lowly servant, but I believe I can alleviate your worries.” 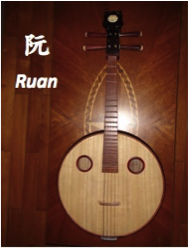 Astonished, Lord Soft looked at her again: “It was unwise of me not have recognized that you are a special kind.” He then explained the situation and said: “I inherited this state from my father and my grandfather by the grace of the emperor. If I lose my state, several generations of accomplishments are dishonored.”

“No need to worry, my Lord, this is an easy problem. I will make a trip tonight to Mountain West and resolve the situation based on what I find. I will be back before dawn.”

“If you don’t succeed, the calamity will come sooner. What do I do then?”

Back to her room, she gathered her travel gear. Her long black hair wound into a bun, held with a gold phoenix pin. Donning a short purple gown and black silk shoes, she mounted in front of her a dagger engraved with dragon patterns. On her forehead, she wrote the name of a powerful deity.  Saluting one last time to Lord Soft, she disappeared into the darkness of night.

Lord Soft, returning to his room, began to drink with his back to the candle. After many drinks, he suddenly heard a whistle of the wind. Like a leaf floating to the ground, Red Thread appeared.

Delighted and surprised, Lord Soft asked: “Did you succeed?”.

“Luckily, I did not disappoint.”

“I didn’t have to.  Only brought back this gold box as proof of my visit”.

She went on to describe the trip: “I arrived Mountain West before midnight.  After going through several gates, I reached his residence. I saw the Perimeter Guards sleeping in the corridor, their snoring like thunder. I saw soldiers patrolling outside his house and calling out the code words. I entered his bedroom through the left window and reached his bedside. Inside the bed curtain drapes, slept our dear lord. Right in front of the pillow there lay a Seven-Star sword. In front of the sword there lay a gold box. Inside the gold box were his cosmic numbers and the name of his divine guardian, the keys to his life and his death.”

“A powerful man during the day, a fearful man at night, he thinks the Perimeter Guards can keep him safe, but now his life is hanging in my hand.”

“At the time, the air in the room was filled with mixed smoke filaments from the fading candles and the remaining incense. There were servants and soldiers everywhere, but they were all sound-asleep. None were aware of my presence and movements.” 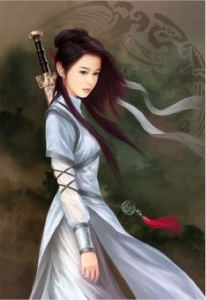 “I took the gold box and set out to return. A hundred miles out of the capital, I saw the beautiful night scene: the mountain was still like a monument, the river was running in an eternal peace, the morning sound was waking up the land, the waxing moon was at the top of the forest. With joy, I no longer felt tired. I’m delighted at the opportunity to repay your trust. Hundreds of miles of journey entering dangerous land just to lessen your burden.”

Immediately, Lord Soft sent his messenger to the capital of Mountain West with a letter: “Last night, someone brought me a gold box from your pillow-side. I thought the content of the box is of life and death importance to you and didn’t want to keep it. Here I’m returning it to you at the earliest possible moment.”

The messenger rode a fast horse for a whole day and arrived at the capital of Mountain West at nightfall. When he arrived, he saw the whole city was being turned upside down. Soldiers were everywhere searching for the gold box. The messenger pounded on the door, asking to be received by Lord Tough.

Lord Tough came out to meet the messenger. As the messenger held out the gold box, Lord Tough collapsed in shock. He treated the messenger a banquet and many gifts. The next day he sent the messenger away with brocades of his best silk and 200 top horses as gifts to Lord Soft. He said, “I get to keep my head by the generosity of your Lord. I know I was wrong. I will never do anything again to damage our good relations. The Perimeter Guards are going to take their armors off and go back to being farmers.” The looming war vanished and the folks from the two states resumed trading and visits.

One day, Red Thread came by to say goodbye to Lord Soft.

Caught by surprise, Lord Soft said: “You were born in my household and have been here for all 19 years of your life. Where are you going to go? I depend on you so much and I don’t want you to go.”

In her usual respectful manner, Red Thread replied, “My lord, you have been good to me. You gave me the opportunity to redeem my last life’s mistake.  By preventing a war, tens of thousands of people’s lives were saved. The ruthless one now has fear. And the good lord now has peace. I have done what I came to do.”

Red Thread left the next day and was never seen again.

The martial art skills depicted in this short story is the legendary Qing Gong (“light” Ability). Red Thread’s ability is described all indirectly. She made a round trip between the two capitals within part of a night, which later given as the distance of a dawn-to-nightfall run by a fast horse. These are not natural abilities by training. That ‘s why she is considered a “Special Kind” (異人Yi Ren), which is respected in ancient literature, in contrast to the contemporary counterpart of “X-Men”.