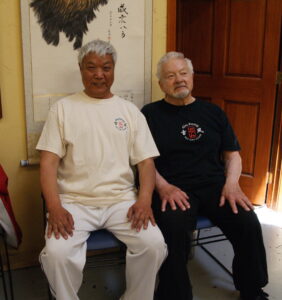 Roger was a cornerstone figure in the founding of Gu Feng Tai Chi Club and its evolution into the practice community it is today. Bringing to bear his legal expertise, Roger helped Laura with the legal process of the club’s incorporation.  He was also instrumental in advising Laura with filing the club as a 501(c)(3) nonprofit organization—one committed to quality education in Tai Chi Chuan—at the turn of the millennium. He dedicated himself to practice with the club for two decades, serving as role model into his eighties and remaining a contributing member into his nineties.

Born in Chicago, Illinois, Roger moved with his family to Colorado in the early 1950s. A father of five and the epitome of a renaissance man, Roger studied widely and had numerous passions, including the study of many languages (Chinese, Japanese, and Spanish among them), gymnastics, judo, hiking, biking, skiing, paddling, singing, dancing, and the healing art of Jin Shin Jyutsu. He graduated from the University of Colorado, Boulder, school of law in 1957 and founded the local law firm Stevens, Littman, Biddison, Tharp, and Weinberg. At the age of sixty, Roger faced a ventricular arrhythmia and cardiac arrest while traveling abroad. To focus on his recovery and holistic well-being, Roger dedicated himself to Tai Chi practice, eventually meeting Laura and becoming a committed student.

Deeply passionate about Tai Chi and Qigong, Roger was known for his heartfelt praise of the health benefits of steady and committed practice. Both within the club

and beyond, Roger frequently lauded Tai Chi and Qigong as the most vital factors that kept him alive and vibrant into old age—and for giving him the key to recovery from his heart conditions. At his eightieth birthday celebration, Roger spoke at length about the immense good that Tai Chi and Qigong had done for every facet of his health. Over the years, his convictions attracted many friends and colleagues to take up practice with the club as well.

Beyond Gu Feng Tai Chi Club, Roger was a dedicated ambassador of Tai Chi philosophy and practice to many around the world. Following retirement from his law firm, Roger continued to teach Tai Chi and Qigong at sea aboard cruise ships. He enjoyed sharing these life-changing practices widely in his travels.

Roger is remembered warmly by the numerous club members with whom he left a lasting impact. In his Tai Chi movement he demonstrated an extraordinary tranquility of motion and a deep quality of inner practice that exemplify the profound fundamental principles of Tai Chi. And as a friend to many both inside and outside the club, Roger left an indelible mark. His legacy as a founding club member, dedicated Tai Chi practitioner, lifelong learner, and steadfast ally continues to be felt at the club in countless ways. Gu Feng is grateful to Roger for his extraordinary contributions and to his example as a model practitioner. 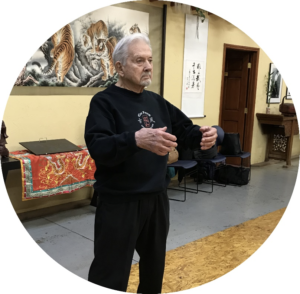