By Sally Sporer and John Golebiewski

“You can use your time up doing nothing or doing something meaningful.” These words by Gu Feng’s own Roger Stevens stand as a testament to the heart of one of the club’s earliest members and whose contributions to the club during the past eighteen years are felt so much in our practice.

Roger came to tai chi later in life after many years of wide ranging athletic interests and passions—from gymnastics in high school to running, swimming, hiking, cross-country skiing, dancing, and a highly accomplished judo practice, achieving a 5th-degre black belt and for many years teaching at a Japanese-American dojo. Wishing to maintain his ene

rgy into older age and acutely aware of his family’s history of heart disease, Roger eventually started to take up tai chi as a means of pursuing lifelong health.

qigong. While traveling in Argentina, Roger faced a cardiac arrest due to a ventricular arrhythmia—and very nearly died from the trauma. Fortunately, emergency services were able to resuscitate and treat him quickly, and he underwent surgery to help him maintain his cardiac health with a pacemaker/defibrillator. But after his initial recovery, Roger became wholly convinced that the best and perhaps only way to restore his health and vitality would be the practice of tai chi. Returning to Boulder, Roger discovered that Laura Ting was teaching a new class and recognized a unique, authentic quality to her practice that he had not found anywhere else. He enthusiastically and gratefully became her student and credits tai chi as the principal reason that he is alive.

During his eighteen years of practice with Gu Feng, Roger has made m

any significant contributions to the club. As the club began to formally coalesce, Roger brought his legal expertise to bear and assisted Laura through many of the hurdles of forming the club into a 501(C)(3) organization. And through his many years of practice, he has remained one of the club’s most dedicated members and loyal supporters. Roger credits Laura’s labor of love with tai chi as the guiding force that has nurtured a tight-knit community of students and top-notch instructors—all of which has created, in his view, a truly unique and exceptional school that is incomparable even to many of the tai chi schools in China and elsewhere.

Now at 88 years old, Roger’s distinctive presence in his tai chi continues to inspire many—and demonstrates the tranquility in motion that is so emblematic of the art. Likewise, Roger embodies many of the deep, inner qualities of tai chi cultivated through his years of dedicated practice: a spirit of friendship, generosity, and passion for lifelong learning. We are so grateful to Roger for the incalculable contributions he has made to our practice and our community, and we are honored to have his enduring support and warm-hearted camaraderie to enrich us all on our tai chi paths. 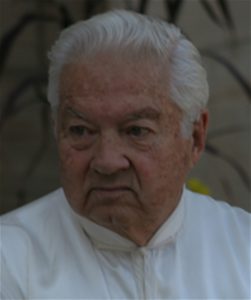